Left is the water filter I took out to clean, right is the portion I cleaned.
But you can't see the chlorine smell it takes out of the water as well. I love my water filter! 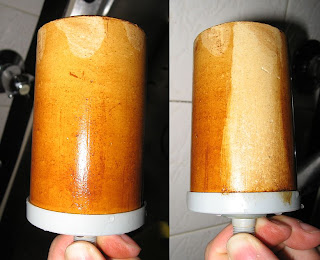 Email ThisBlogThis!Share to TwitterShare to FacebookShare to Pinterest
Tags: food

Coffee and Melt and Pour Soap

Coffee soap that is. I might call it "Café avec un nuage de lait" a combination of an old Asterix joke (though in Asterix the "nuage the lait" was in tea, but I digress!)....

Another version of the JMDault Recipe! Fun, it's only coloured by the Fragrance Oils (Turkish Coffee and Vanilla Select from Brambleberry -- I had to add vanilla because I didn't have enough coffee. 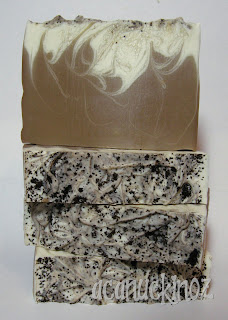 And this morning we made this below for a party we're off to in a few moments: 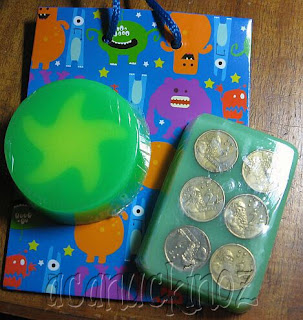 the star is from an Ikea mould. So much fun and what a special present (even if this is not the first time I've made it!) . I also got my SoapyLove book! What fun!

I've made some soap!

After over two months of not soaping, I've churned 3 soap recipes in as many days, will I make a fourth today? not sure, Sundays are busy with lots of other stuff! Also I'm expecting some soap colours in the next few days so I might slow down a bit, make some lotion for a change (we're out of the one to which I add walnut shells, and we love washing our faces with that one!)....
Anyway, here's what I've been making the last few days: 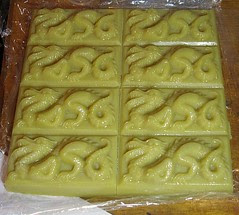 a remake of this dragon rhubarb soap which makes people very happy (and hopefully it'll turn out as nice as the first batch, this rhubarb fragrance is a bit difficult to soap with!)... all these made with people and Christmas in mind!!
This soap changes colours as it cures, and ends up looking like this one but without the bubbles as I used lower temperatures this time and it didn't go NUTS on me!!! (I'm only posting a link as I've talked about this soap before.

Then I decided to try a recipe discussed in an online forum, and made it a blind swirl with a discolouring FO. I'll wait to post cut pictures as the fragrance is still morphing as the soap is curing. 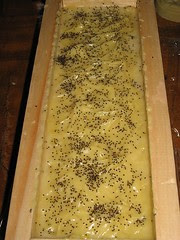 I added poppy seeds on top, as I had this image below in mind, which Patti Cakes has agreed to me posting on my blog. Click on the image to go to her recipe! 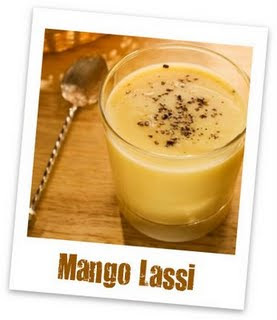 The next one is a gorgeous recipe put on The Dish by JMDault, owner of 3 Cornus (in my beloved home province of Québec).

Then, I felt I was on a roll, on day three I made this repeat of my Chai Tea soap, this is the first slice, on top of the log: 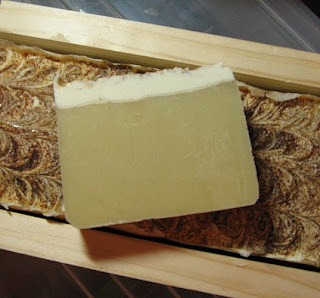 I'd made a mini batch of this a while back and I just love the smell so much, I had to repeat it. This is also a recipe from the online forum, and we're all just making soap with the recipe (it has olive oil, coconut oil, and castor oil, which is interesting for me as I rarely use castor oil in my soap!).

Did anyone join the Best Body Challenge? I haven't even had time to take pics (there's something about those pics that's not as fun as melting oils and making soap for me at the moment!)... but I'm re-registering for another month of boot camp. I don't think I have ever, in my life, trained so regularly for such a long period of time... So that's a feat it itself!! I still have heaps of improvement to achieve: baby steps!!

I think that's it for today! (Oh, you can see larger versions of these pictures in my Soap Set at Flickr)