Ice Cream Bars are on Allrecipes.com.au

Filomena at work gave me this recipe, I wanted to check the ingredients as I wasn't sure if I'd missed anything (I scribbled it on my glove at work!) which led to a conversation with Liz at Allrecipes.com.au, which led to this: 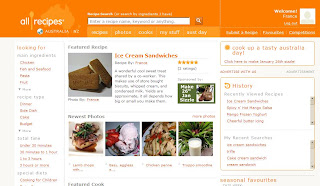 A little while ago, the recipe below (which I sort of insisted Liz put up, but being it was taken from the Allrecipes.com, site it had to be copied from there, but it featured my piccie of my little cupcakes ;) 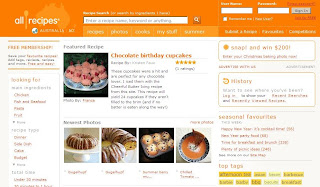 Here's the link to the cupcake recipe.

Mmmm, that recipe sounds yummy ... and a great activity with the kids!
-Chris